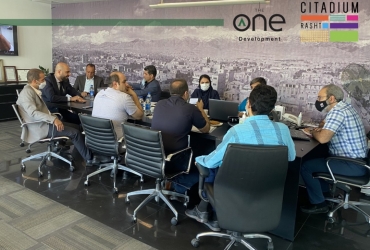 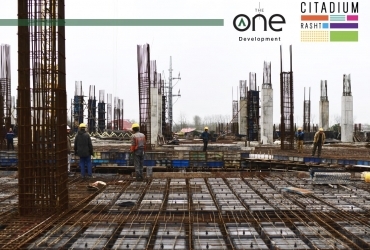 The technical working group of Rasht Citadium Entertainment Commercial Center decided to change the roof structure of this project.

Devan iranian as a developer of Rasht Citadium Entertainment Commercial Center, it always strives to carry out various parts of the project, including the implementation of structures, architecture and facilities, in accordance with modern and optimal world standards. In this regard, after the studies of the technical working group, it was decided to change the roof structure from slab to waffle system. Although this change led to the redesign of the Rasht Citadium structure, the benefits of the waffle roof system forced the employer to reconsider the cost.

Waffle roof is a new and modern structure that has been welcomed by engineers due to its many economic and technical advantages, and it is mostly used to build high ceilings with large openings.

The waffle is made of reinforced concrete and has a lattice-like appearance. The waffle roof is double sided. In a double-sided waffle roof, the beams are placed vertically, so in this type of roof, the middle beams are not needed and it behaves like a two-sided slab.

The most important advantages of this type of roof can be reducing the dead load of the building, reducing the amount of concrete and rebar used, the implementation of long openings between the columns and Use as Expose in some areas such as parking due to the appearance of the ground floor.

Rasht Citadium Recreation and Business Center is located on a land with an area of ​​51,306 square meters in the city of Rasht, at the beginning of the Rasht-Anzali road.